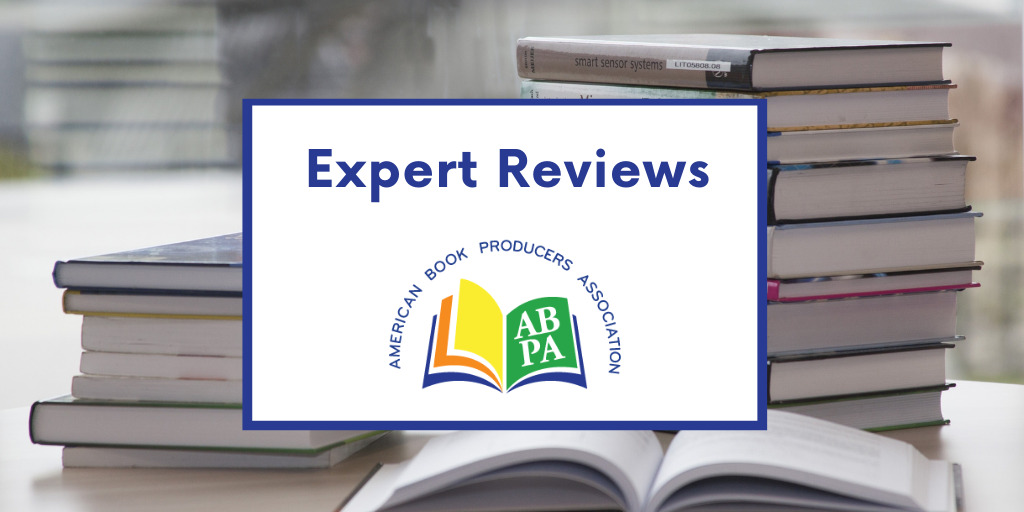 With their deep knowledge of all facets of book production, their professionalism, and their attention to detail, book producers can be counted on to provide factually accurate, tonally appropriate, and culturally sensitive books for a variety of readers. Book producers are adept at assembling the right teams of fact-checkers, expert reviewers, and sensitivity readers to ensure the veracity and authenticity of a given project. They serve a great function for publishers who can trust that each book has been vetted with the utmost care. Whether they are creating new titles from scratch or helping a publisher get a book across the finish line, members of the American Book Producers Association find many ways to contribute their expertise.

As the publishing world seeks to become more open, inclusive, and equitable in the representation of stories, perspectives, and characters, sensitivity readers have become important members of a book producer’s team of expert reviewers. Though they are often called upon to contribute to children’s books, they may review adult fiction and nonfiction manuscripts to spot cultural inaccuracies, biases and stereotypes, and other problematic language around issues of representation.

Tiffany Taing, a production editor at ABPA member Girl Friday Productions, believes that sensitivity reads are a “win-win” proposition. “All books could benefit from a sensitivity read,” she says. Publishers seem to agree: according to Tiffany, there has been a dramatic increase over the past year in requests for sensitivity reads.

Any manuscript that touches on a controversial theme around issues of race, gender, disability and ableism, mental illness, religion, or class may contain language that is inaccurate or offensive to certain readers. Children’s books are perennial candidates for sensitivity reads, as there is an awareness of how impressionable young readers can be and a desire to shield them from problematic language. Historical fiction, in which storylines set in the past might feature outmoded ideas of race, gender, and other subjects, is another genre that is often flagged for sensitivity reads.

Even if a manuscript does not appear to have any major issues, a sensitivity read can be an added safeguard. Tiffany mentions one YA author who felt confident in her experience of telling a particular story, yet requested a sensitivity read to be extra sure that she was presenting it accurately and equitably.

Steps of a Sensitivity Read

The first step in doing a sensitivity read is to assess the manuscript in question. Get a sense of the topics involved, keeping a close eye on controversial language, cultural presentation, and implicit bias. How does the manuscript present marginalized groups? Is the author a member of the community they are depicting? If not, have they done the proper research to lend the story both credibility and fairness?

Some manuscripts may require only light edits. But if a manuscript seems like it would benefit from a more thorough vetting, seek out a sensitivity reader or subject expert. Tiffany recommends the Editorial Freelancer’s Association (EFA) as a go-to source for sensitivity readers. The EFA has its own Diversity Initiative, “formed to support a more diverse membership and promote equitable access for all,” according to the organization’s website. She also cites Salt & Sage books, a collective for sensitivity reader services, as another resource.

A sensitivity read ideally falls between the developmental edit and copy edit stages of a book’s production schedule. Readers flag issues that are communicated to the writer as part of the overall editorial process. Sensitivity reads can also be done on isolated parts of a book, or on older books that are being revised and reissued.

Tiffany believes that sensitivity reads “are a good step for the publishing industry.” They help ensure that publishers aren’t putting out offensive or questionable books, and instead taking steps to “get the culture right.” That said, the goal of the industry should still be to incorporate more diverse voices in more positions of influence: not only writers and editors, but business and marketing professionals as well.

Jan Hartman is an ABPA member and principal of Jan Hartman Books, an editing and packaging firm based in Brooksville, Maine. She has recently produced two titles that can serve as “case studies” for sensitivity reads and expert reviews. The first, a co-publication with Maine Organic Farmers & Gardeners Association (MOFGA) and Downeast Books, is titled The Organic Farming Revolution. Jan had the idea for the book as a way to celebrate MOFGA’s 50th anniversary. She contacted MOFGA’s executive director, an organic farming advocate with experience working with BIPOC (black, indigenous, and people of color) communities, and they started developing the title within a month. 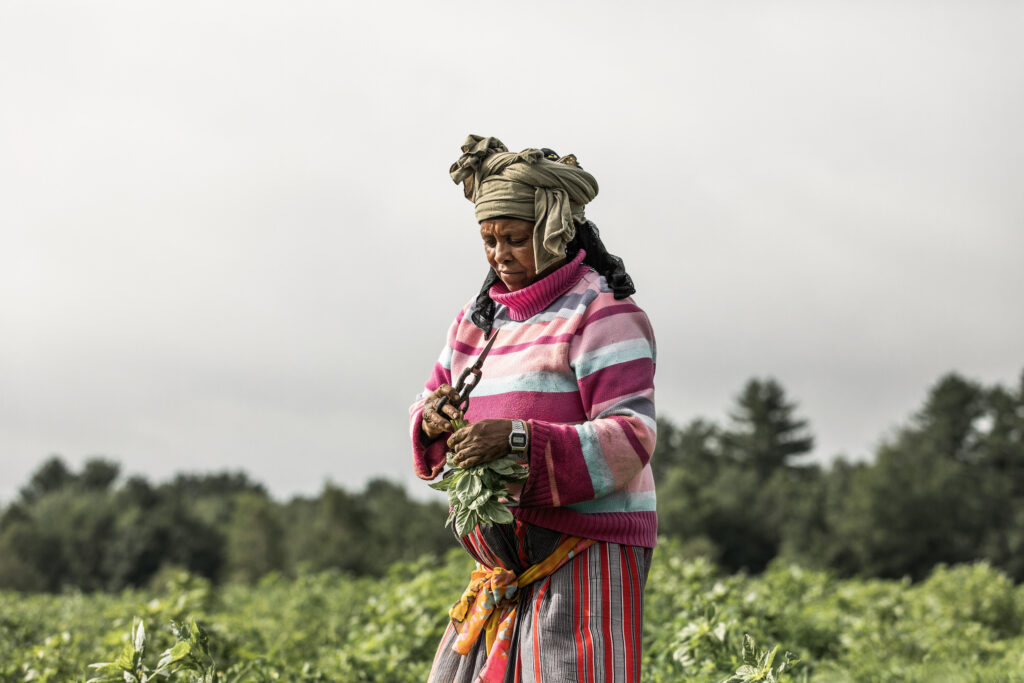 Jan and a team from MOFGA began by outlining a series of essays that would address contemporary issues impacting organic farmers: food security, seed saving and sharing, supporting small farms, and supporting seasonal migrant farmers as well as immigrant farmers cultivating traditional foods in new, foreign soils and cultures, among others. Throughout the process, Jan and her team were especially attuned to the needs and perspectives of local BIPOC communities, including Maine’s sizeable Somali Bantu community and the peoples of the Penobscot and Wabanaki Nations.

Rather than write about these communities from the outside, Jan invited members to contribute their own stories, wisdom, and lifeways to the project. Each subject was voiced by an individual within the community, resulting in clear, first-person essays on African American agrarian traditions, food sovereignty for native people, and other topics. For the essay “Small Farm Revolution,” Jan invited a worker with a community supported agriculture (CSA) group to share their experience.

The second of Jan Hartman’s titles is a co-publication with the Museum of Graffiti and Monicelli Books on the history of graffiti artists, art, and culture—for decades viewed as a culturally coded, “illegal” art form produced by BIPOC people. Jan observes that it “started as an art form looking for representation” and has only recently been accepted as a legitimate form of expression.

Jan wanted to publish “unheard voices” to tell the story of graffiti art through first-person narratives. She collaborated with museum co-founders Alan Ket and Allison Freidin to produce the book. Ket and Freidin functioned as both expert reviewers and sensitivity readers: they are close to the artists and the culture (Ket himself is a fellow artist), and were able to spot inaccuracies, biases, and stereotypes in earlier portraits of graffiti. The end result documents the rise of the art form from its “outlaw” status in the 1970s and ’80s through its commercial acceptance in the ’90s and representation in mainstream galleries today.

One difficulty with sensitivity reads is the ever-evolving nature of language around particular groups and cultures. According to Ron Edwards, an ABPA member and director of the packaging firm Focus Strategic Communications, this language “changes almost daily . . . It is virtually impossible to edit [culturally sensitive] material with any degree of certitude.”

Ron shares the story of having a manuscript reviewed for bias: “While I do not disagree with the comments,” he says, “there is no way I could anticipate most of them, which means there is really no way I can do any writing or editing without reference to these experts.” He notes that different sensitivity readers may not always agree on what constitutes biased language. This is one reason why Tiffany Taing recommends employing multiple sensitivity readers for particularly challenging manuscripts, especially those that feature intersecting issues of representation: for example, a book featuring a disabled person of color might be vetted by one reader who specializes in issues of ableism and another in issues of race.

Sometimes expert reviews are just about getting the facts right. Editor and ABPA affiliate member Laura Daly notes that she “fact-checks as part of standard copyediting.” Her diligence can be traced to her time as a Temple University journalism student, where she was taught to “get the 5 W’s right, especially the who, since people notice when you don’t get their names right.”

Laura says that “authors themselves ultimately have to be their own best fact-checkers, but editors can be very helpful second pairs of eyes.” The availability of resources online has made fact-checking easier, but the sheer amount of information can become problematic. Ron Edwards observes, “I have run into wildly different answers to seemingly simple questions . . . And this is not a function of weak sources but trusted names like Britannica or university library websites!”

When in doubt, it’s best to call in an expert reviewer. In addition to verifying the facticity of the manuscript, this can be an opportunity to introduce new perspectives and even improve upon the text. Stephanie Fitzgerald is an ABPA board member and principal of Spooky Cheetah Press. “I create nonfiction for children, and expert consultants are an important part of every project,” she shares. “Though I don’t always work with sensitivity readers, I’m very mindful when I look for content consultants.”

When Stephanie needed an expert to vet a biography of Thomas Jefferson, “there were dozens of white male academics to choose from”—as is usually the case with most topics. Instead, Stephanie sought out award-winning historian Annette Gordon-Reed. “She was generous enough to agree to vet the book,” Stephanie says. “Having Annette on the team improved the book immeasurably. She had insights that other experts probably would not have had.”

In these days of “fake news” and internet clickbait, it is more essential than ever to strive for accuracy in books. Readers want to know that they can trust authors to speak credibly, equitably, and factually about given topics, and publishers want to avoid the negative publicity of inaccurate statements. Issues of cultural sensitivity have also acquired a new importance for publishers in recent years, as various communities rightfully wish to see themselves represented respectfully and authentically in books and other media. Book producers are committed to developing titles are factually accurate and sensitive to issues of representation. It is all part of a larger project of making the publishing world more open and inclusive, and helping to share the experiences of a wider variety of readers.

Read more from the ABPA 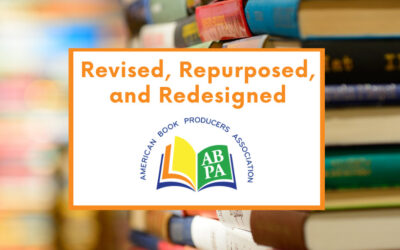 What’s Old Is New Again While book packagers are generally called upon to produce new titles from conception through finished books or printer-ready files, they are also experts in revising, repurposing, and redesigning new editions of previously published...

END_OF_DOCUMENT_TOKEN_TO_BE_REPLACED 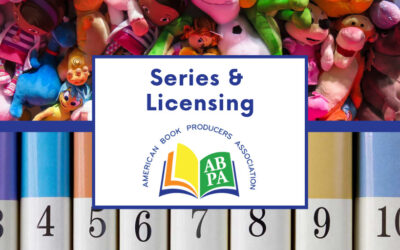 Creative License Book packagers are a uniquely creative lot. They are often tasked with developing titles from the original concept to the final product, overseeing all stages of production in between. However, sometimes a preexisting brand, character, or...

END_OF_DOCUMENT_TOKEN_TO_BE_REPLACED 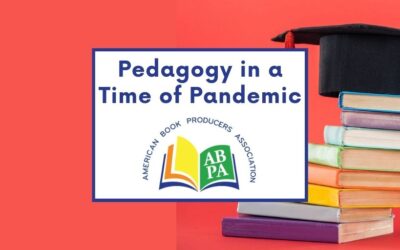 Pedagogy in a Time of Pandemic: School and Library Publishing

As the nation continues to endure the pandemic, new challenges have arisen for educators, students, and parents alike: ensuring proper safety protocols are in place in classrooms, adjusting to remote or distance-learning alternatives, and juggling family...